Cryptimeleon is composed of several libraries. 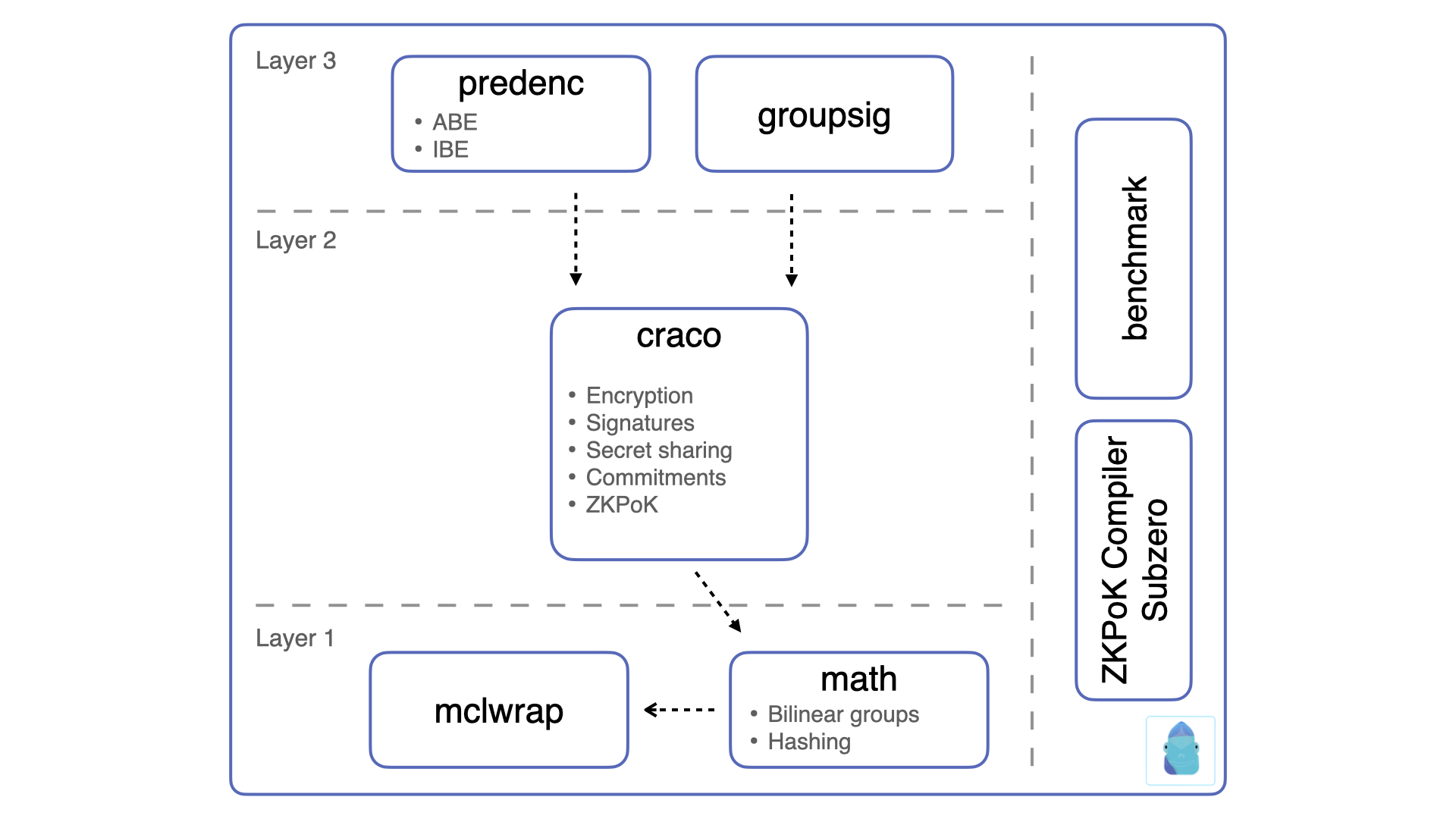 The Math library contains all the basics like bilinear groups, hashing, randomness generation, and serialization. It is the basis for every other Cryptimeleon library.

The goal of Craco is to provide common cryptographic schemes for use in more high-level protocols.

Mclwrap provides an efficient BN-254 bilinear group implementation (powered by MCL). You should definitely use this if you want to run timing benchmarks.

If you don’t have anything right now, it’s easiest to get started with our template projects.

If you want to use Zero-knowledge proofs, you can generate a basic project containing your protocol with subzero.

Including our libraries into your existing project

Our libraries are hosted on Maven Central. For the sake of this, we assume you want to import Math and Craco (which is usually what you need).

Add these dependencies to your pom.xml:

Add these entries to your build.gradle.

Eventually, you should probably install mclwrap because it is a much more efficient bilinear group than what is available in the Math library by default.

To use MCL in your project, you need to (1) compile and install MCL, and then (2) add the dependency to our the Java bindings. This process is explained here.